Radon, a threat no one seems to talk about

Yesterday's Top Poster
You are using an out of date browser. It may not display this or other websites correctly.
You should upgrade or use an alternative browser.

I've personally never heard of Radon, nor has any of my friends and acquaintances. My buddy, who's a lot older than I am said he spent 20 years installing radon vents and then when I put a contract on a home to make sure to get it checked out. What most people don't know is Radon is one of the largest killers every year and the second leading cause of lung cancer in the world under smoking. It kills over 20k people every year, and this is something most people don't know about. Radon is a radio active gas that's naturally produced and comes up from the ground. anything higher than 4.0 is toxic to us and can lead to death and or lung cancer. In the US most states in the norther half of the US are in a Zone 1 area, meaning it's higher than 4.0. I just had a house I put a contract in run a test and it came back that on average it was 10.2 and a max of 18.5 over the course of 2 days! This is significantly higher than 4.0 toxicity. If we didn't know about this, we would have bought the house, moved in and wouldn't have ever known. It's not enforced in the US, and it's something you have to actually request when you get your home inspection else they simply won't do it. The craziest thing, the fix is only around $1,500 to literally save your life. They simply install a fan under your house that funnels and pushes the radon around your house so there's no build up where you live. 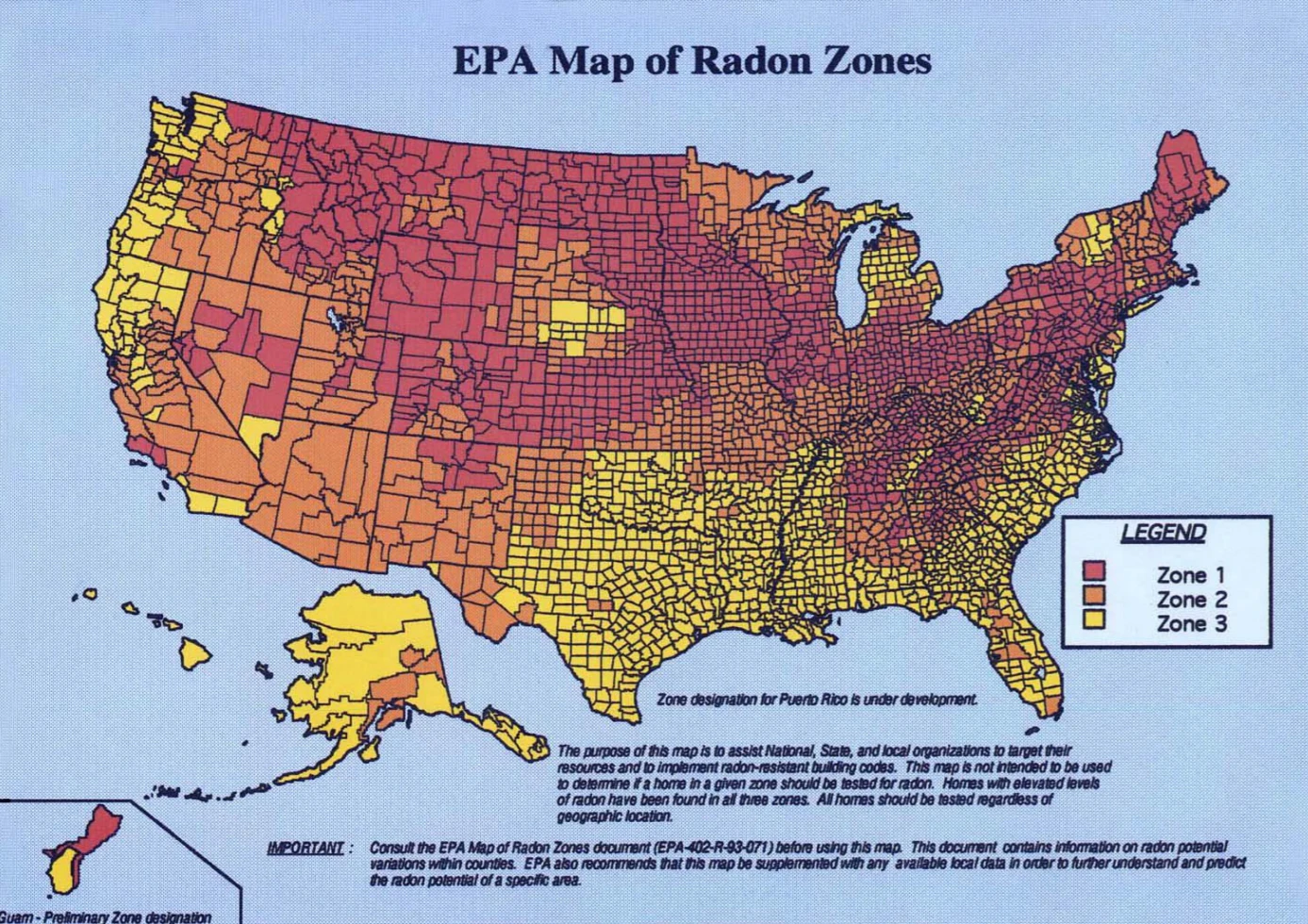 This map shows radon based on zones. Zone 1 is dangerous and is on average higher than 4.0 in the area. Zone2 is from 2.0 -4.0 on average which should still have the fan placed in your home, and zone 3 is the safest areas which on average have less than 2.0.


To explain how dangerous radon is other than the statistics I pushed out, we didn't even know about Radon until the 90s. Yes, 1990s! That's my generation. Someone went to work at a power plant and they set off the radio active alarms. They had so much radio activity coming off of them they shut down the powerplant. Turns out his house had a huge built up amount of radon in it, it actually set off the alarms at a POWER PLANT.

Damn, how is this not a bigger issue? Also how do they get a fan under your home?

Demon_skeith said:
Damn, how is this not a bigger issue? Also how do they get a fan under your home?
Click to expand...

There's no company to blame so the media just ignores it because it's "natural". As for how they get a fan under your home, they go to the base of your house and break the concrete into the ground, and then install a fan there, and pipes leading out to the roof of your home to blow the radon out. Something along those lines, I have a friend who use to do it for like 20 years. We haven't installed on in our house yet as we have a sump pump and it makes it harder to do correctly, and thus more expensive to have installed.
You must log in or register to reply here.
Share:
Facebook Twitter Reddit Pinterest Tumblr WhatsApp Email Share Link
Top Bottom